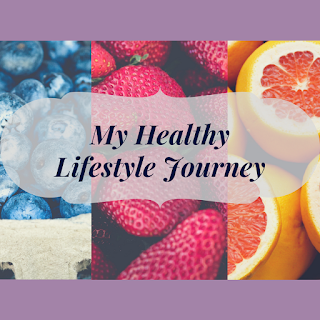 I think it started when I was a kid. living in a single parent household and moving around a lot, causes a kid to become very uptight. We didn’t have much in ways of earthly possessions, and we didn’t have video games or anything else to pass the time. All we had were our siblings, some barbie dolls, and food. While I’m grateful to my Mom for providing everything she could, one of the things she always did was buy was treats.

Now as an adult I’ve finally made some discoveries about myself. Some painful, others rather pleasant. I discovered I’m rather good at crocheting, and expressing my creativity in ways I didn’t know I had. And I’m addicted to food. With most addicts discovering they have an addiction, they simply work on quitting, and staying away from the substance they’ve become dependent on. Not possible with me. You can’t just quit food. (Well I guess technically you can, but then all my problems would be over!)

I’ve realized that I am an emotional eater. Sometimes I’m not even sure why I”m eating. I just know it makes me feel good. Some of the times I’m eating it’s because I have actual hunger. But those times aren’t any better, because the food I chose to eat to fill myself is not healthy in any way.

I dedicated myself to weight loss and healthy eating about twelve years ago. I’d been working at it for about six months and had lost around 60 lbs. But I was miserable, and depressed all the time. I didn’t know why at the time. I was living on my own and working a job I really hated, and I figured that must have been it. So I quit the job and moved back home. Shortly after that I got married and decided now that I had someone who loved me, I didn’t have to worry about the weight loss anymore. So I went back to eating. Looking back now I realize that the reason I was miserable while I was working on weight loss was that I wasn’t allowing myself to eat my feelings. As a result I was faced with the perplexing dilemma of what to do when I felt a strong emotion. It’s so clear now, but at the time I had no idea what was going on.

My health is declining. I’ve got some funky conditions that have been with me for a while, that I guess have basis in my weight. But some don’t. However my weight is a factor and the number on the scale is slowly getting bigger. That number was a lot smaller two years ago.

Two years ago I became pregnant for the first time. And within four weeks discovered I’d miscarried. The emotional falling out was brutal. My husband fell apart and couldn’t process his own emotions and left me alone to try to deal. I didn’t really have anyone I felt safe talking to. I basically had to go it alone to recover. And the only way I knew how to do that was to eat my feelings. I cried a little, I wrote in my journal, but nothing felt any better than when I was eating something. Two months later, we got pregnant again. This time I felt scared and anxious, and knew in my heart that this one wouldn’t last. I tried to prepare myself for the inevitable. But when it happened I was just as devastated as the last time, perhaps more than the last time.

Again, I had to try and recover alone. I had a friend who I reached out to, but that was about it. Hubby was even worse off than the last time, and definitely worse off than I was. So once again, I turned to food. It was there for me in a way that nothing else was. I cried again, I felt depressed, so I ate.

Now this is not to say that this was the only time I’ve eaten my feelings. I’ve been doing it all my life. I have just recently figured out that is what I’ve been doing. That was a hard realization let me tell you! To understand what the problem is in some ways is a relief. And in other ways it’s terrifying. How do you just quit eating?

Now I have a whole other set of challenges standing between me and a healthy lifestyle. I am living upstairs in my parents house with no access to a kitchen to cook meals. Everything is microwave and fast food. Not a good combo. I have a back problem that makes moving very painful. I have a weird breathing condition that makes my windpipe swell up and close off my air supply, so even walking to the bathroom is a challenge. I’m on several medications that add weight to you, so anything I try is an uphill battle. And I have a husband who is an enabler, and brings me ice cream. (I guess that part isn’t too bad, but it’s hard to get him to stop indulging me! His love language to me is food.)

I want to get healthy. I hate the way I feel right now. I’m extremely overweight and only getting bigger. I don’t fit in my clothes, I am uncomfortable sitting in the car. Movie theater seats and airplane rides are torture. The only real place I’m comfortable is sitting on my bed, with a yarn and hook in my hand. I know what I need to do to reverse the trend, but I’m up against overwhelming (to me) odds.

I know it starts with my diet. Physical activity (in the traditional way) is not an option. So I know it’s 100% up to the diet to kick things off. I know what worked twelve years ago, and want to implement it again. I’m just at a loss of where to start. And I have started before. And three days later there I am eating like crap again. It’s discouraging, and upsetting.

How do you start a weight loss/healthy lifestyle when the cards are stacked against you? Like how do you even begin? I guess the only real answer is to just dig in and get started. Here’s a cute idea I found on the web for motivation. So here’s what I’ve tried and am still trying to do.

1. I’m going off the Diet Coke. It’s been my friend, and my go to when things get rough. But I know the chemical sweeteners are just not for me anymore. As much as it pains me to say, I’m weaning myself off. I’ve started mixing fruit infused water to drink instead. So far, so good. I’m down to 1 can a day (Instead of 3 or 4 and a big gulp!)

2. I’m trying to be more conscious of the foods I’m eating. I haven’t had much luck with actually not eating crap, but I’m at least starting to be aware that “hey this food choice sucked!”. I’m hoping over time I’ll actually be able to chose something better before I start eating the hamburger!

3. I’m starting to be more aware in the moment of why I’m eating. I think this is the big one for me. I need to identify whether I’m actually hungry, or if I’m feeling a rather strong emotion that is leading me to eat. I am failing more than I’m winning, but again with time I’m hoping to reverse that trend.

4. I’ve begun meditating more. I have done this off and on for the last year, but lately I’ve really dedicated myself to doing this daily. I have seen the difference it makes in my overall peace of mind, and I’ve seen how it works during the day when I feel myself getting riled up. Riled up tends to make me want to eat, and down the rabbit hole we go. So if I can cut off the negative feels at the pass, and learn how to process them, I think I might have a fighting chance.

5. And last but not least, I’m starting to dig in and figure out what’s the source and root of all this. This is a story for another time, but suffice it to say that there have been some major things happening in my marriage that have forced me to shine a light on myself and really work on me.

Thank you for reading this far. Thank you for supporting me. Thank you for being my friends, and most of all, thanks for listening. I would like to be able to do the same for you. So I’m creating a healthy living/weight loss Facebook group where we can all join together and support each other’s goals. If you’d like an invite, please click here:

Any cookies that may not be particularly necessary for the website to function and is used specifically to collect user personal data via analytics, ads, other embedded contents are termed as non-necessary cookies. It is mandatory to procure user consent prior to running these cookies on your website.