My childhood best friend is having baby #5 in July. We’ve known each other since I was the age of her youngest daughter, so of course I had to whip something up! I was in need of something to do at work (working graveyard shift in a call center!) and so I decided to do a little crochet blanket.

I saw this daisy blanket pattern on Repeat Crafter Me, and knew this was the one I had to do!

I followed her step-by-step instructions and soon had enough little granny squares to form the blanket. (They’re super easy to make, I can whip one up in about half an hour!) Then I had to make sure to lay them out in a way that didn’t hurt my head. I didn’t want too many of the same color in the same place, but yet I still wanted a slightly random look. This is the layout I finally settled on. 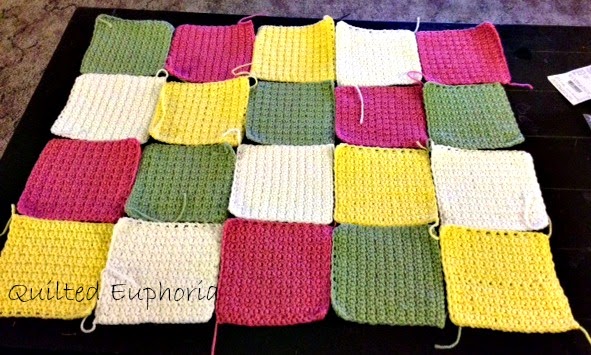 Then it came time to join them together. I once again followed her instructions and single crocheted between the squares. I used purple as an accent color and love how it made the squares really pop! 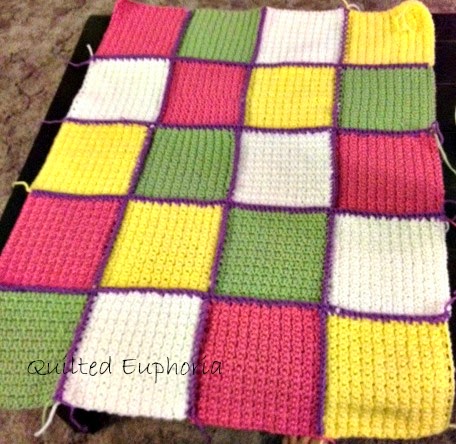 Then I tested which of the daisy flowers I like better. The one on the left looks kind of like Sponge Bob’s friend Patrick…not so much like a flower to put on a blanket. So I settled for the daisy on the right. These are so fun and easy to make! 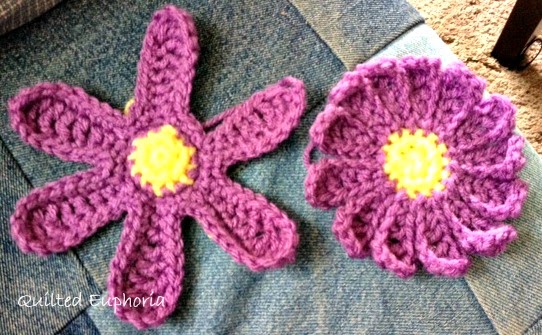 Made a couple different color variations and couldn’t decide which one I liked better, so I figured I’d use both! 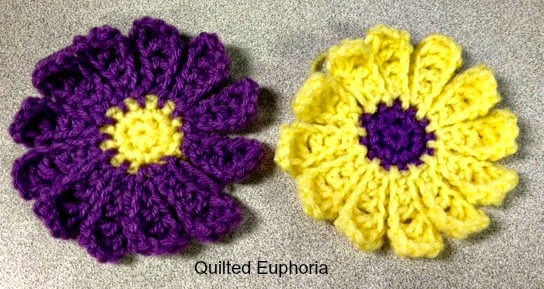 Testing to make sure that they fit within my squares and that I liked the placement before I made any more. Turns out I loved it and couldn’t stop making them once I got started! 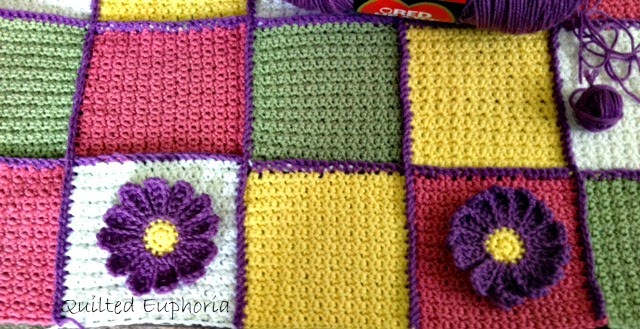 Then I had to figure out which flower went where. This was almost as bad as the square layout in the first place! My head hurt after this! (Notice the signs of being at work? The Diet Coke, the phone cord, the computer screen? It was 3am..there was nothing to do but this project!) 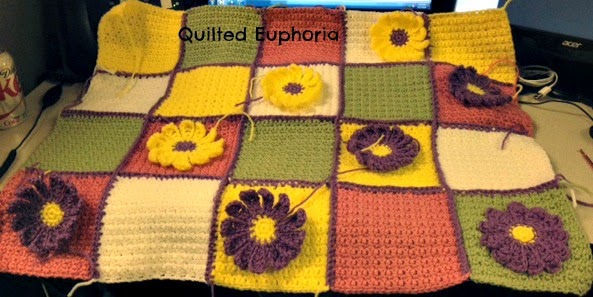 When I finally had all the daisy’s made and attached the way I liked, then it was time for a border. I did one row of single crochet all the way around to square things up, then did a simple ruffle border around that. I originally wanted to do a few single crochet rows in each color, but decided I liked this for a little girl better. 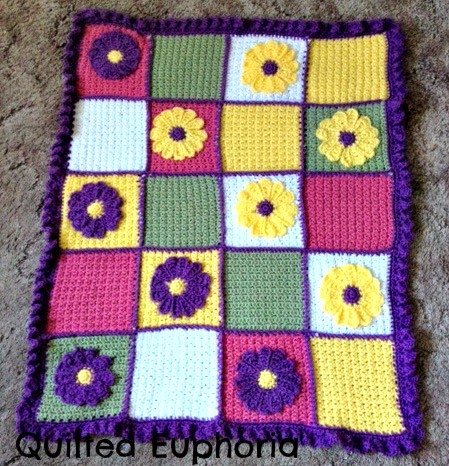 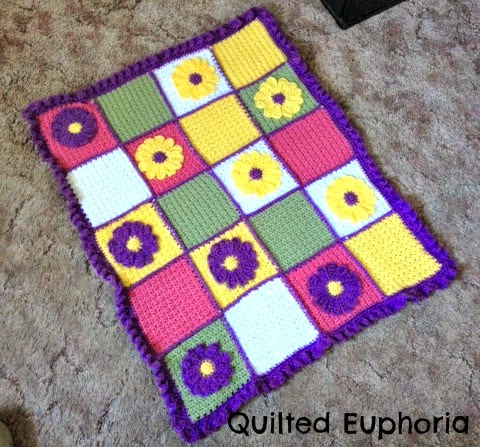 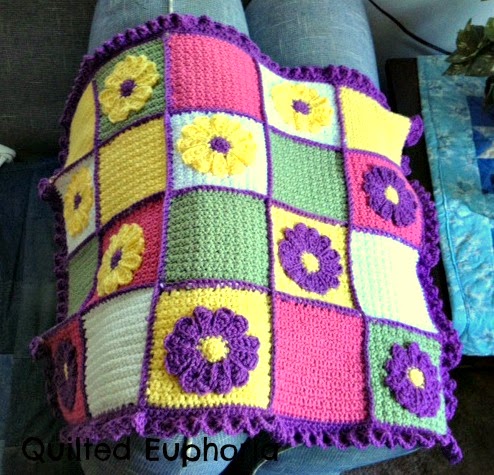 All in all I think it turned out super cute! What do you think??

Any cookies that may not be particularly necessary for the website to function and is used specifically to collect user personal data via analytics, ads, other embedded contents are termed as non-necessary cookies. It is mandatory to procure user consent prior to running these cookies on your website.